I write this from a room that is mine. It doesn't feel like my room, or maybe I don't feel like myself in this room, but I am positive it is mine, because scattered around me are possessions I have accumulated over the past few years. Surrounded by materialistic items that I most likely don't need, and that I paid an absurd amount for in overweight luggage fees as I moved from one country to another. On the wall hangs a Thai silk tapestry, and a giant print that I bought at my college's art show. It reads, "Santa Cruz, Home of the Weird." I tacked these to the wall last night, I guess to make myself feel more comfortable here. To remind myself of who I am. Where I've been.

I'm living alone now, and I would rather not. It's too quite when I come home after work, and the idea of no one being here when I arrive, and no one coming home later in the evening is depressing. I put a cheap glass mug on the table and filled it with paint brushes and over priced pens, as a reminder that I have ways to spend my time. There is a yoga mat laying on the floor, beneath my bedroom window. For now, the only sound that fills the space around me, is the clicking of the keyboard as my finger hits each letter. I type really loud. This is a fact.

On Friday night I arrived in Tokyo somewhere before midnight, and took a taxi straight to a friend's house. One of my favorite people from the States had arrived in Tokyo the same day, and we were both staying with our mutual friend. This was planned, it was not by chance. From the instant I arrived at his flat, the weekend entered another dimension where everything would be blurred by alcohol and stormy weather. There was an all nighter where I found myself lost in Tokyo circa 6 am, and ended up passing out in an Australian's hotel room, who I met at 711, followed by a night of costume karaoke, where I dressed as Winnie the Pooh and sang hip hop songs that I wasn't as familiar with as I had originally thought. We drank beer out of glasses that were bigger than out heads, ate food that was raw, and hung from trees in the Imperial Palace in the rain. The weekend was beautiful, as it is when you are with people you truly enjoy, and Sunday evening came too soon. 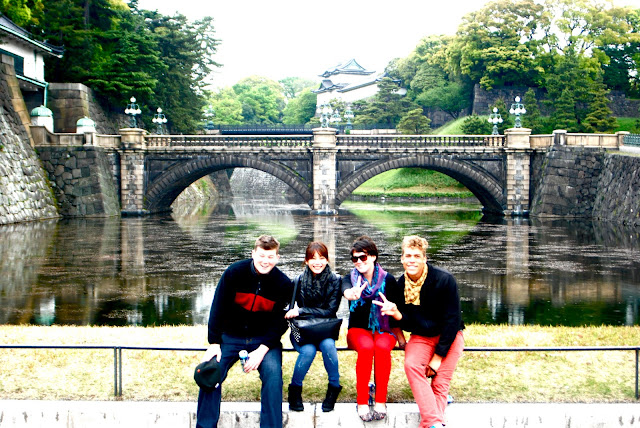 I dragged too much luggage through the subways of Tokyo, constantly stopping to take breaks, as the weight I was carrying was in total more than my body weight. I loathed myself for needing to own all of this bullshit. For not being able to let go of these things that were physically weighing me down. At any moment I could have stopped and started throwing things away. But I couldn't bring myself to do it. And if you were in my situation, you wouldn't be able to either. An inability, even if only temporarily, to part with items we didn't come into this world with, and won't be leaving with. What does that say about us?

I boarded a train and sat down in the first seats available in the first car. The ride ahead of me was a bit over two hours, and as I was sleep deprived and feeling the effects of too much alcohol, all I wanted was to curl up in the corner and awake when I arrived at my station. It took less than ten minutes to realize I was seated in the wrong car, which was reserved for certain ticket holders, and that there were assigned seats and I hadn't paid to sit in the nice area. I tried to ignore this problem for about a half hour, contemplating how I would explain to the ticket collector when I was discovered. But then the train stopped, a surge or passengers boarded, and a woman in her mid-fifties found me in her seat. She didn't speak English, and I don't speak Japanese, but I could tell by the way she was waving her ticket in my face and pointing at the seating chart above me, that she was asking me to move. I then pulled all my luggage back six cars, until I found the section for people like me.

I dozed off for sometime and awoke when I heard the station Matsumoto announced as the next stop. My neck was aching from the position I had passed out in, and as my eyes opened and started to focus under the artificial lighting, I saw a white glow outside the window. I blinked a few times, clearing the daze from my vision, and realized it was snow. There was snow everywhere. I looked down at my feet. Flip flops. I was in flip flops and a tank top. Only two days ago I had been in Bangkok, in weather that was breaking a 100 degrees. The possibility of it being this cold in Japan hadn't even crossed my mind as I accepted a job here and bought my airline ticket. It took only moments to realize how screwed I was. 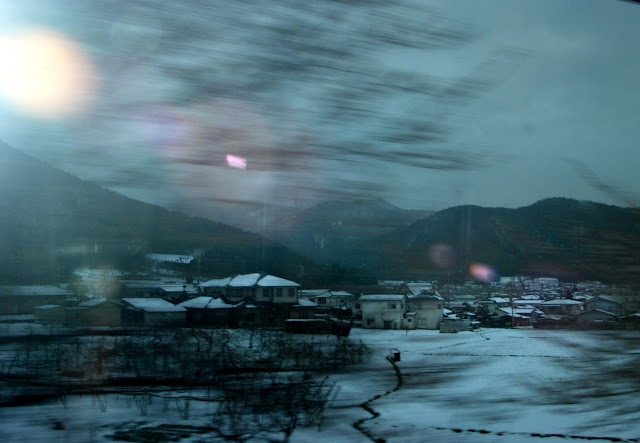 I arrived in Japan with little money, as I encountered an absurd amount of traveling expenses I hadn't foreseen as well as a currency conversion rate that wasn't in my favor. After spending almost the rest of my yen on the train ticket to Nagano, the prefecture I live in, I literally had no money. My boss picked me up from the train station and took me to the grocery store to grab a few items to hold me over for the next few days. I was embarrassed to tell her how poor I am, so I just said I would pick up something for dinner and breakfast and then come back the next day. I grabbed a bag of brown rice, some mushrooms and a head of cabbage. Also a bottle of soy sauce and a small baguette. I had a jar of peanut butter in my suitcase and I knew it was less than half full, but I could make it stretch a few days.

I started work the next morning and it was easy and over before I knew it. I am employed at a private international preschool where the primary language spoken to the Japanese children is English. What a weird reality for them to exist in. At home and everywhere they go outside of school, people speak to them in their native language. But then, for eight hours of the day, they have to go to a place where people only speak to them in another language that they are being exposed to for the first time ever. It's the reversal of the life I am living, I suppose.

All day I have seventeen sets of giant eyes staring at me, waiting for me to sing the next song, give the next instruction, count to the next number. A room full of three year olds, myself, and my Japanese teaching partner. This is the second time I am working as a preschool teacher, and I can't help from asking myself, "how the hell did I end up here?"

I was such a screwed up person, with more problems than most people I know, and a addiction to impulsive self destructive behavior, and now I'm teaching little children? Parents are leaving their kids in my care all day long and I am responsible for being a positive role model? The world works mysterious ways.

I have signed a year long contract so this is where I find myself. I am at the base of the Japanese Alps, in an apartment that doesn't feel like my home. The small amounts of sunshine that the past few days have held has burned off the snow in the town, so now only the mountains around me remain white. I am a fifteen minute walk to work, and with every bicycle that passes me along the riverside path, I realize how badly I need to get myself one. 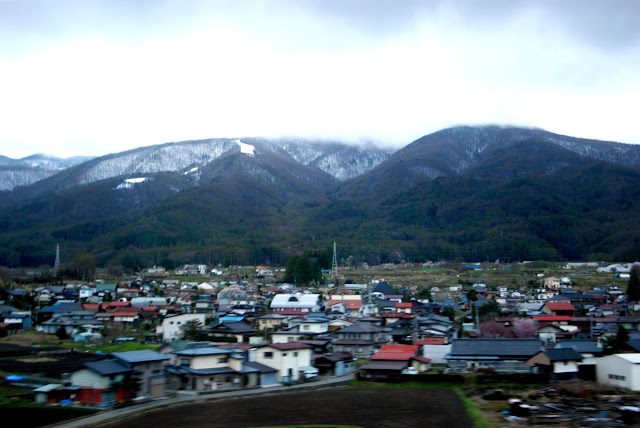 It is cold. I am poor. This place is day and night from life in Thailand.

Everything is in Japanese. There are no exceptions. All the labels and signs and writing that I encounter. It is all in a foreign script that my eyes and brain cannot process. Until I learn this language I am literally in a bubble of confusuion. Of ignorance. Of limited information.

Tonight I sat in the bathtub and thought about how to write my first entry of life in Japan. Do I focus on the weekend I had? Do I explain in depth about my job and how cute the kids are? Do I talk about the breath taking scenery around me that I had only seen in pictures before ever moving here? Or do I provide my readers with a real view into what my life is actually like here? Do I go with honest, rather than sugar coated optimism?

The inside of my leg ached as I let these questions dance in my head. Two weeks ago I crashed my motorbike in the rain. I have a gash on the inside of my knee that is constantly bleeding and emitting yellow liquid that seeps through the giant bandaids. I tried to keep it elevated and out of the tub for fear of the searing sting from the hot water.

When the water had cooled down and I was done with the bath, I got out and filled the luke warm water with this week's dirty clothes. I washed them by hand, in the bathtub, with dish washing detergent. I can neither figure out what product is laundry detergent nor can I afford it as of now, and even if I could, I don't know how to work the multiple buttons on the washing machine. When the water was murky and all the short lives of the bubbles had ended with little "pops" I drained the water and got dressed.

I opened my fridge to make dinner and then realized I didn't need to. There was still a bowl of brown rice that had been cooked for breakfast. I threw it on the stove and chopped up some mushrooms and sat down to eat in a foreign room. For the last hour, the only sounds have been the hum of my neighbor's heater and my fingers on my keyboard.

Posted by Unknown at 4:57 AM No comments: 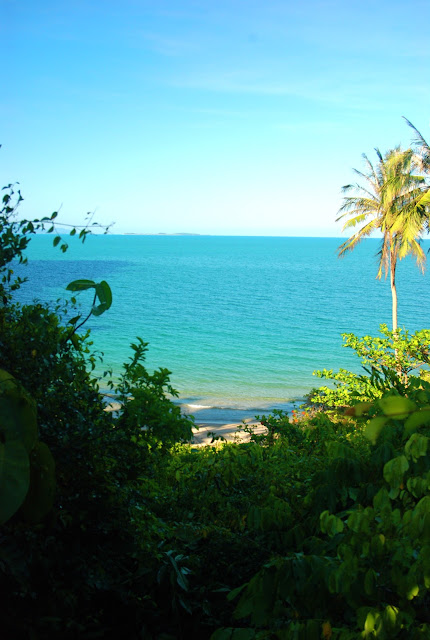 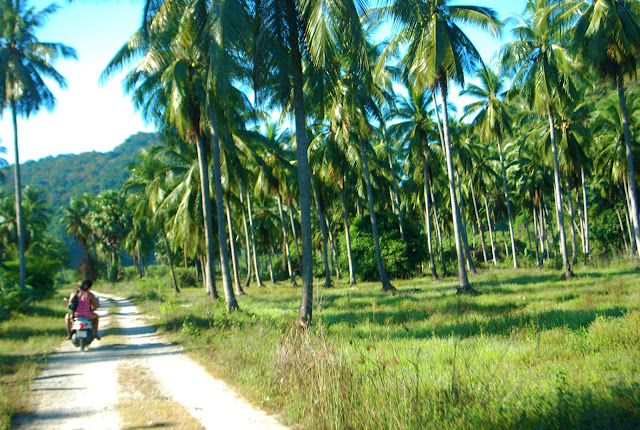 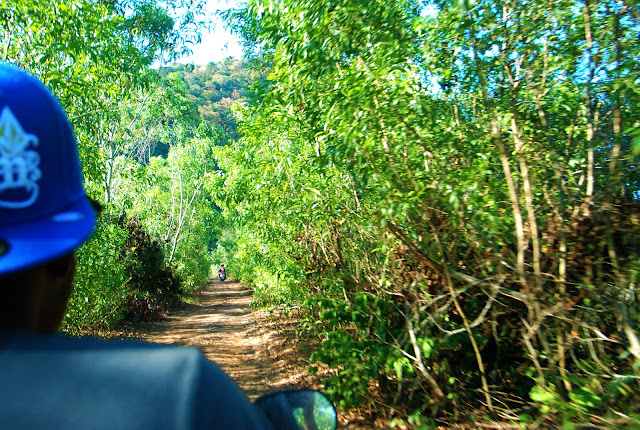 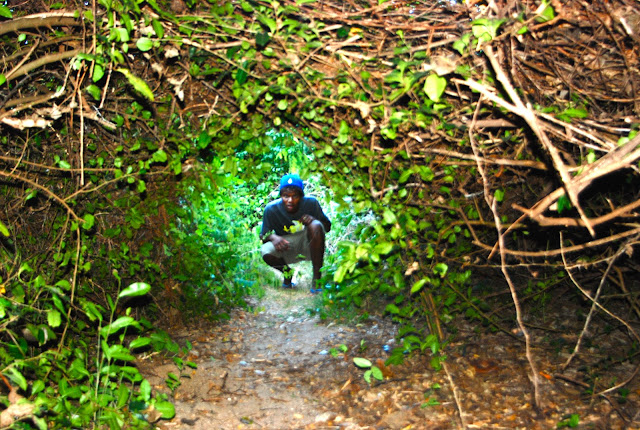 I lean against the wind, pretend that I am weightless
And in this moment I am happy 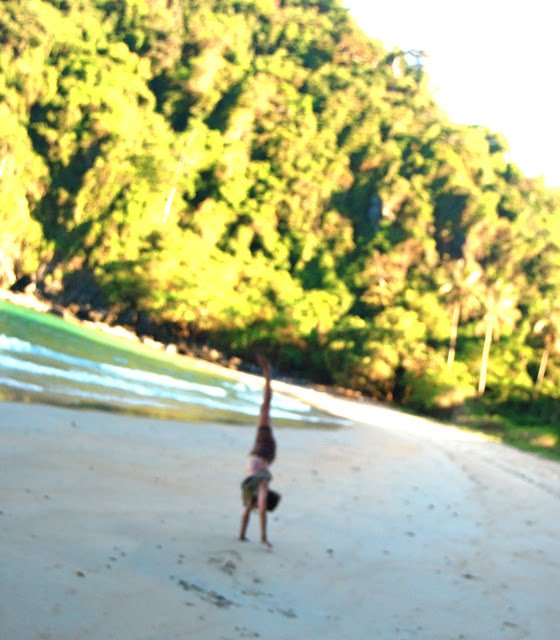 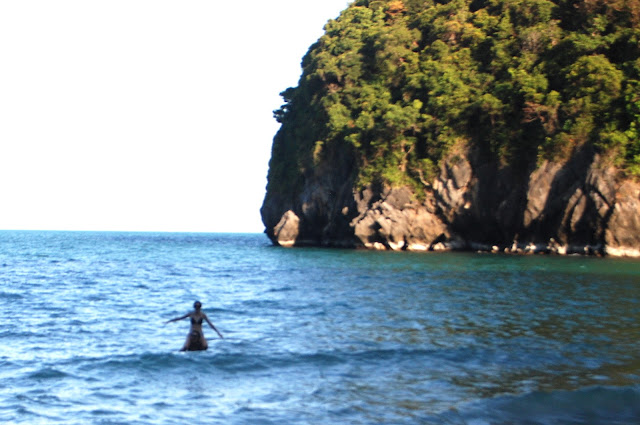 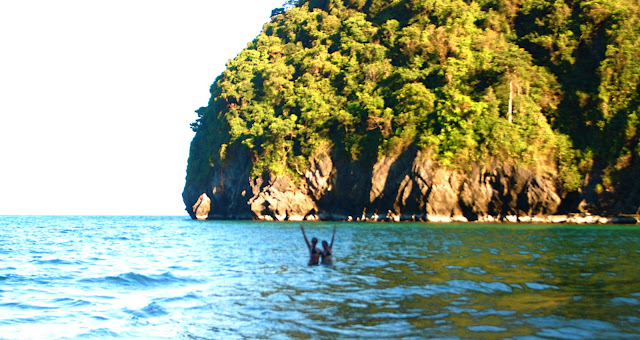 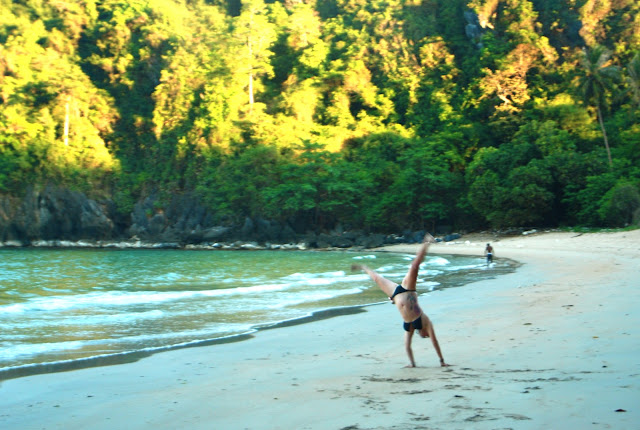 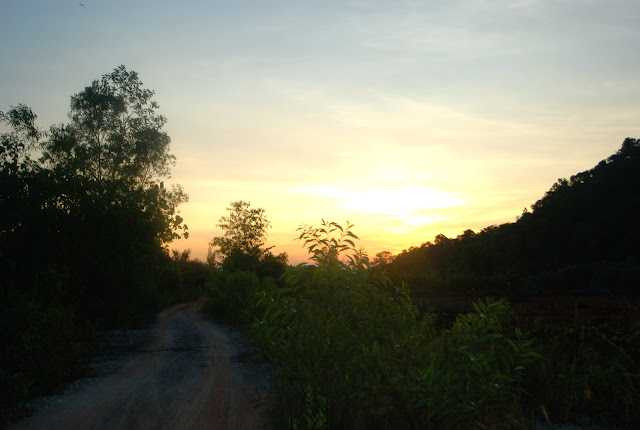 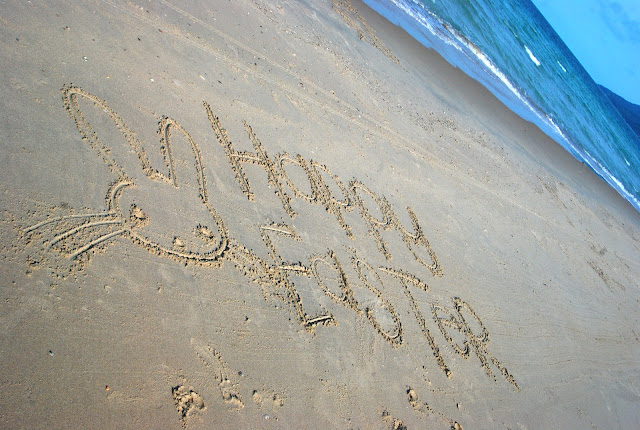 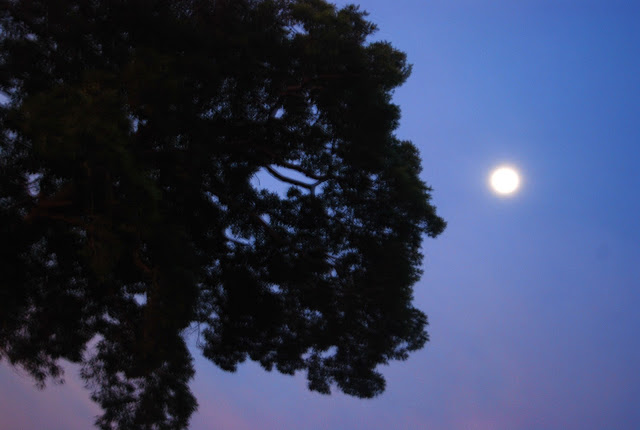 I wish you were here 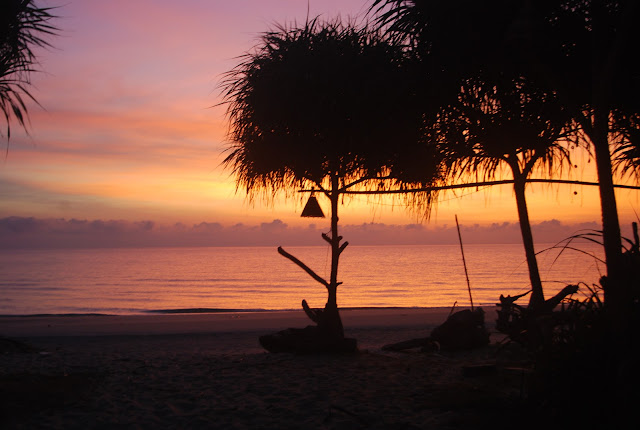 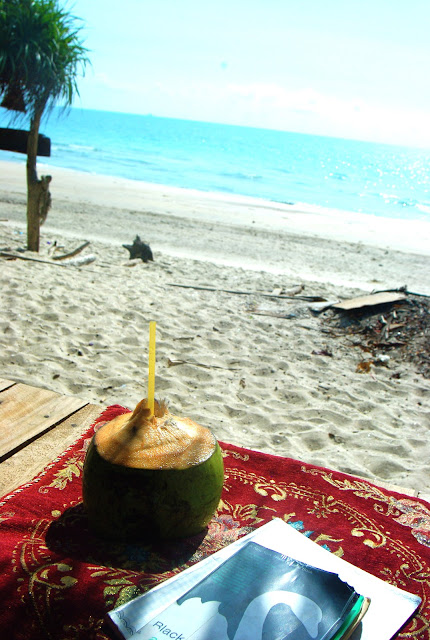 Wish you were here.
Posted by Unknown at 7:32 PM No comments: